Tools For New Ways of Being 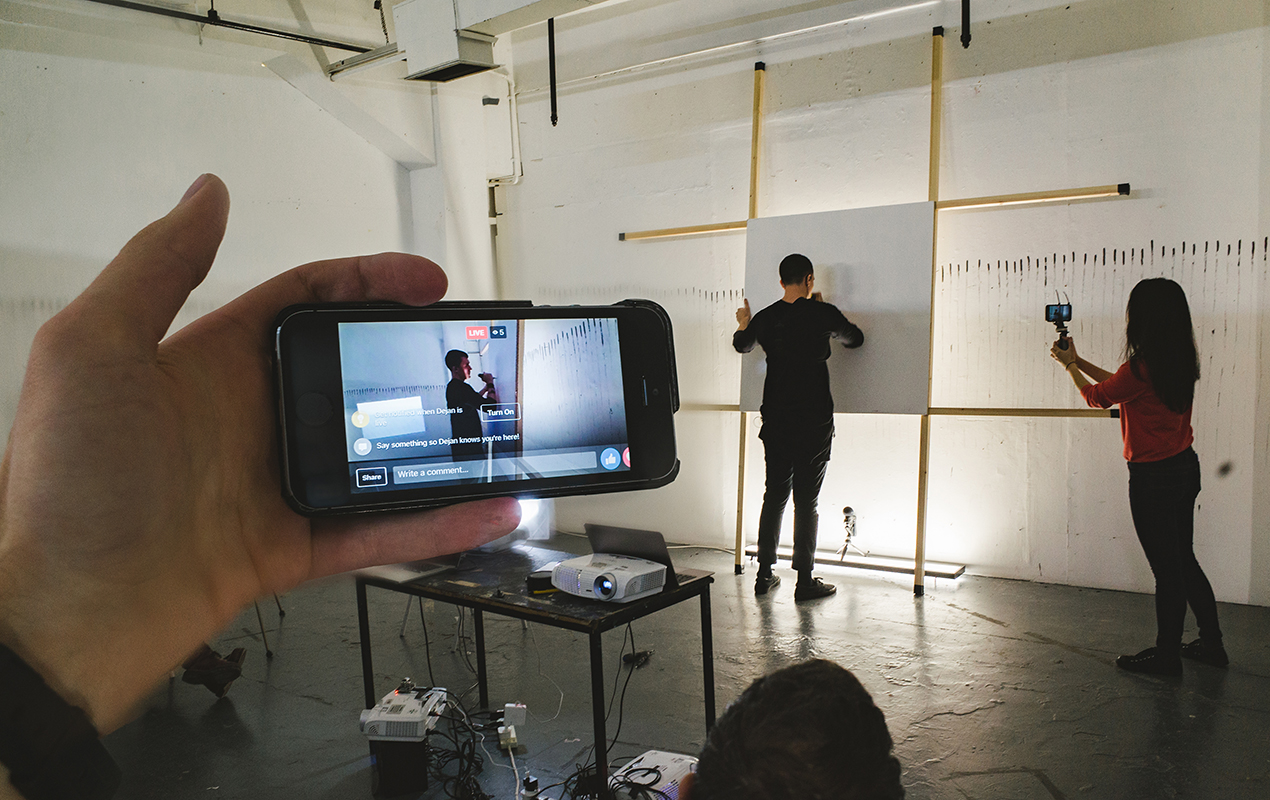 All photos by Ben Lansky

The work consisted out of a large cross-like timber frame with a plywood board in the middle. The board, 1.2m by 1.2m in size, is prepared by being previously coated with four or so thick layers of white paint. The frame is placed leaning against the wall in the project space. Over a period of around eight minutes, in front of the audience I scratched marks, in a rhythmical pattern, into the surface of the board using shiv-like tools I made myself. There were four distinct marks with resulting four distinct rhythmical patterns. Before moving from one to the next, I would turn the entire frame by 90 degrees clockwise. The entire project was recorded by three video cameras and two sounds recorders. One sound recorder and one camera were taped on my arm and chest. Another camera was live-streaming the event online.

The work explored the following themes:

EVENT, RATHER THAN ARTEFACT.

FEELING RATHER THAN THINKING. 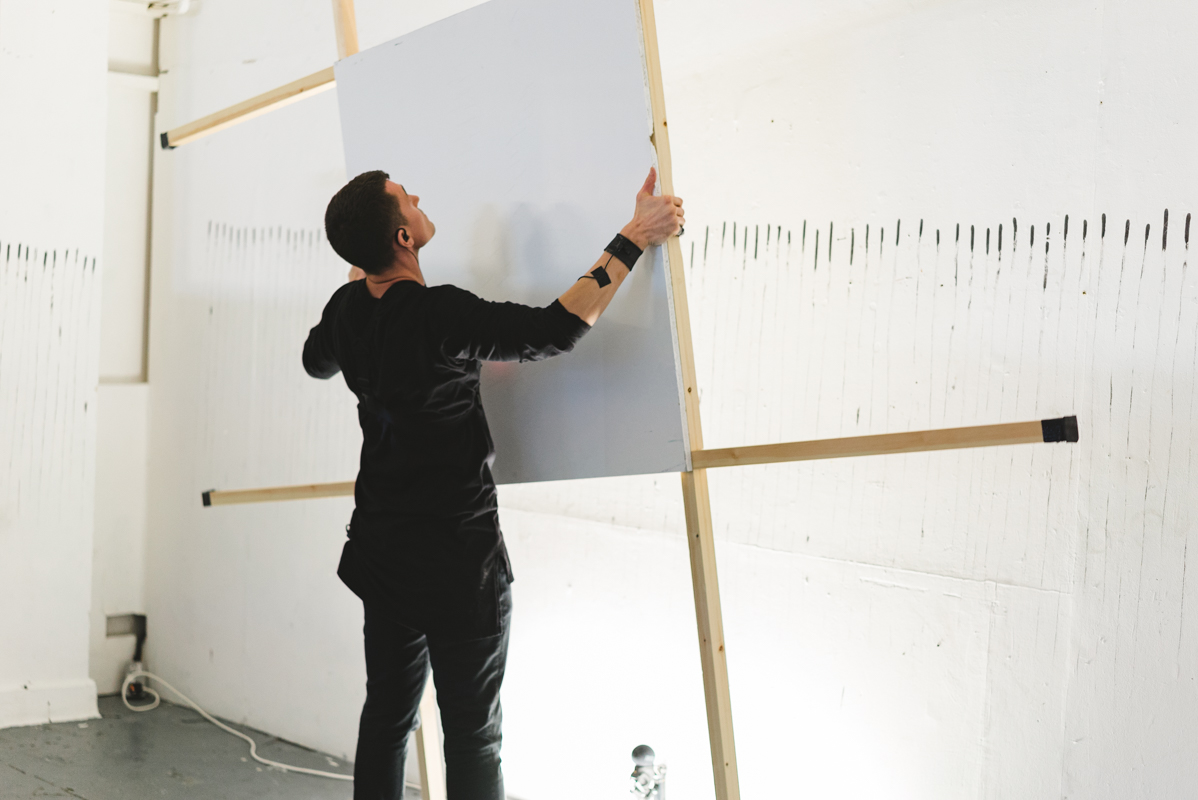 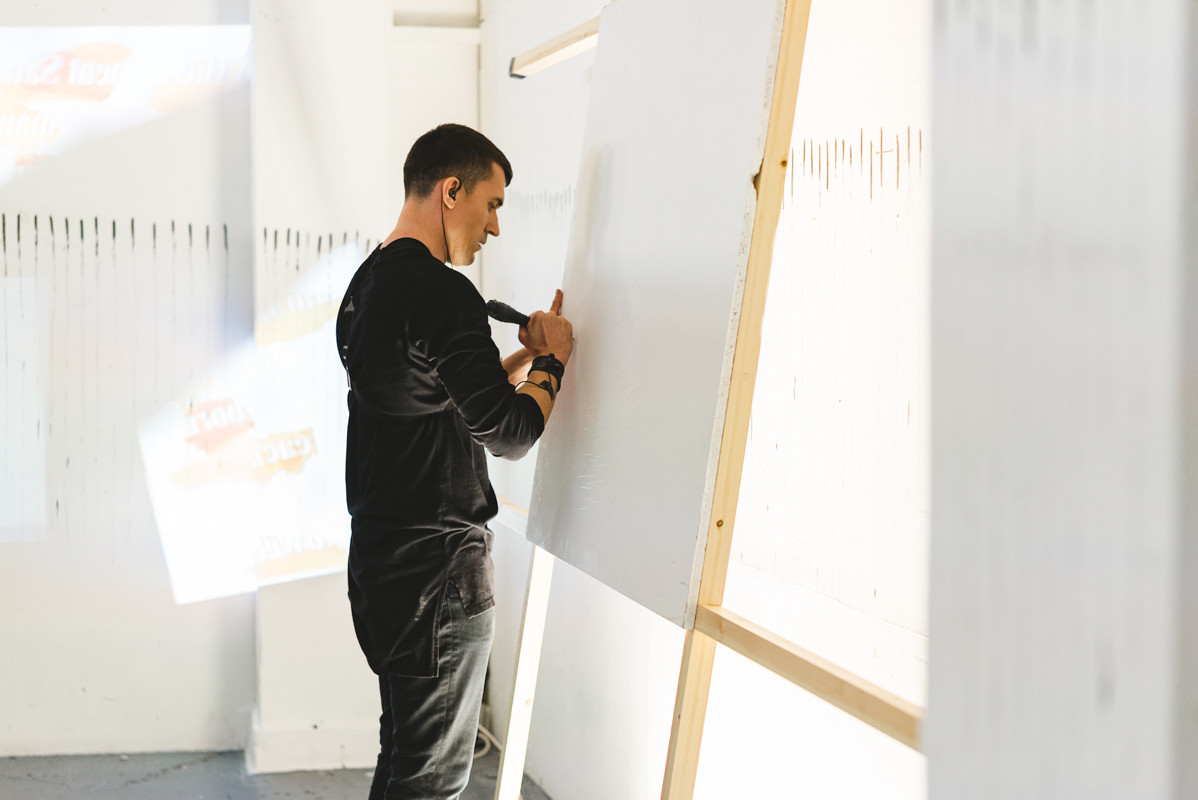 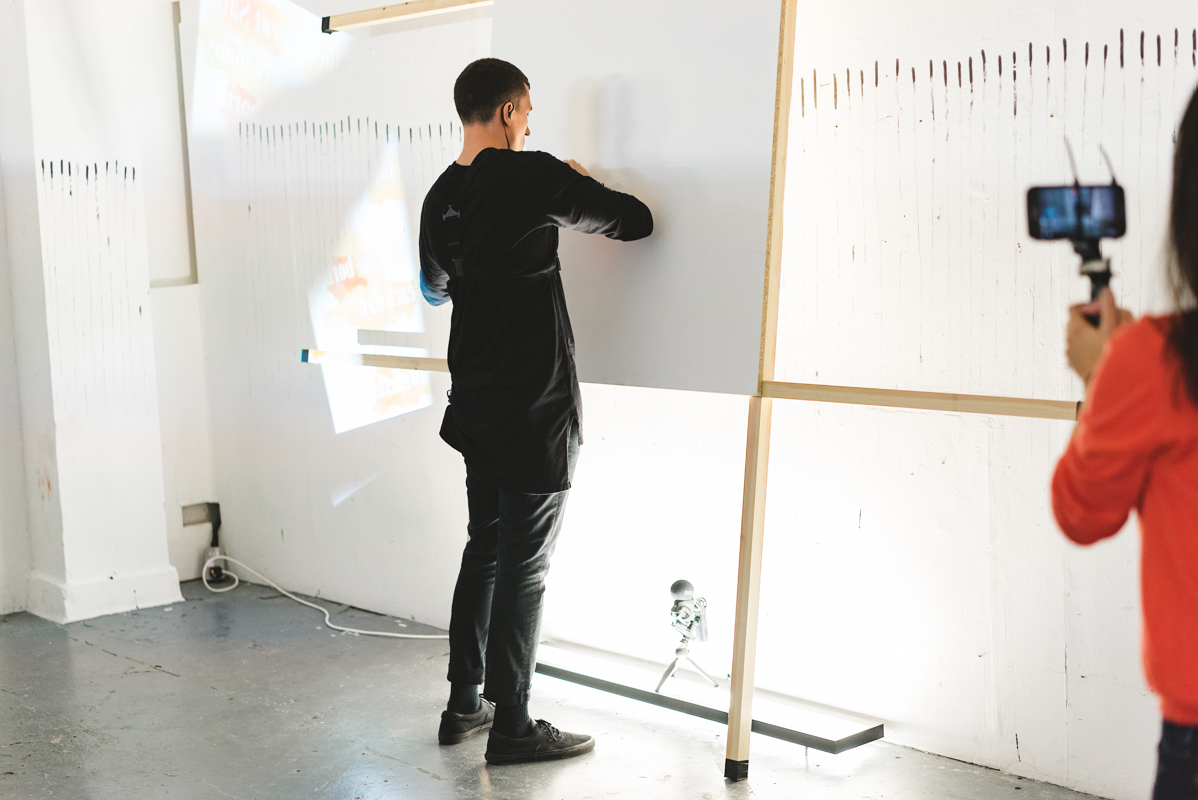